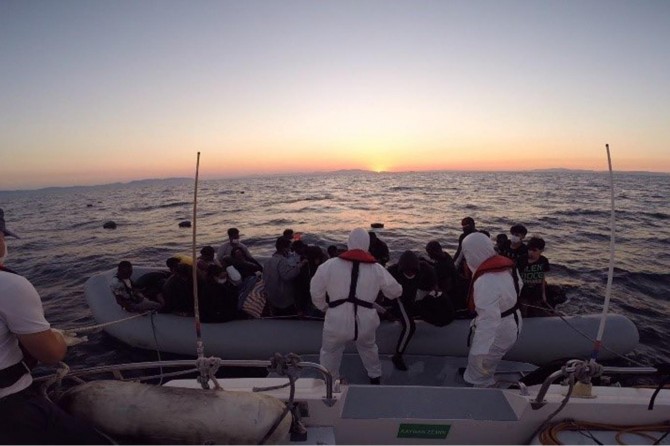 A total of 530 irregular migrants rescued over the past week, Turkish Coast Guard says

530 irregular migrants have been rescued off coast of western Turkey over the past week, Turkish Coast Guard Command said in a statement on Saturday.

According to the statement, Greek Coast Guard forces pushed the boats carrying the irregular migrants, including women and children, back to Turkey. They were rescued off coast of western Turkey in the Aegean Sea.

Between July 31 and August 06, a total of 530 migrants were rescued in 15 incidents, the statement said.

2 suspects were arrested for allegedly smuggling migrants in this period, the statement added.