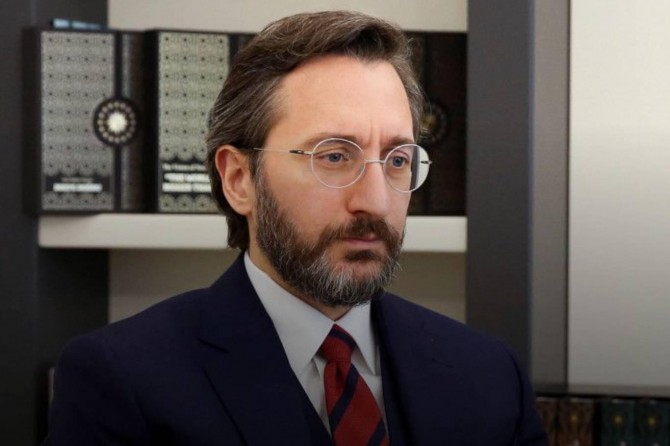 Altun: We could have been in the situation of England, Italy, and Spain

A video conference titled “COVID-19 Experiences and International Cooperation in Fight against the Pandemic” was organized by the Directorate of Communications.

The opening speech of the video conference, which was broadcast live on Youtube channels of the Directorate in both Turkish and English, was made by Director of Communications Prof. Fahrettin Altun.

Stating that they had been emphasizing on the individuals’ responsibilities about containing or completely hindering the spread of coronavirus, Altun said that they expected each citizen to internalize the measures aimed at combating the pandemic, even if they were not subjected to lockdown in accordance with recommendations made by the Scientific Board, and to take necessary measures in line with the responsibility of protecting firstly their family members and their loved ones.

“Our nation is making this sacrifice under the leadership of our President and trying to overcome this difficult period as soon as possible,” Altun said.

Stating that the Directorate of Communications also held this conference online in accordance with the social distance rules, Altun said, “While organizing this event, our aim is to create awareness about the current developments in other countries that fight the pandemic, the measures taken and how the process is managed and also evaluate the effects of the pandemic on relations between our country and other countries, where our Ambassadors carry out their duties. In this regard, we wish to discuss international cooperation opportunities in the fight against the pandemic and to exchange views on what kind of a world will be established following the pandemic. We want to contribute to discussions about the fight against the coronavirus pandemic in our country and in the world through this event.”

“Number of our recovered patients approached 1,600 as of last night”

Fahrettin Altun said that the number of people affected by the coronavirus pandemic has been rapidly approaching 1.5 million and the number of deaths is climbing to 100 thousand around the world.

Altun stated that Turkey was unfortunately not safe from this problem that the entire world has been facing and made the following remarks:

“A total of 222,868 people who showed the symptoms compatible with the virus infection have been tested and 34,109 of them have been confirmed to have the virus until now. Our 725 citizens died as a result of the virus infection. It is a relief for us in this process that the number of our recovered patients approached 1,600 as of last night. I wish God's mercy on our losses, patience for their families and loved ones, and urgent recovery for our patients. Furthermore, I would like to express my heartfelt gratitude to all our healthcare professionals who work day and night to heal our citizens, who have been fighting the COVID-19 disease.”

Director of Communications Altun stated that the world has passed through a historical threshold and said, “Looking back on the history of humanity for thousands of years, we can see that our species have been faced with such great threats that we are struggling with today, only a few times. It is possible to say that some macro developments in the past decades have increased the speed and prevalence of this threat. First of all, the fact that the world, except for a few, entered a rapid period of globalization in the post-Cold War era; that people, societies and economies became integrated and dependent everywhere in the world, this undoubtedly affected the spread of the pandemic we are witnessing today. Indeed, the spread of the virus from China, where the virus first appeared, mainly to Italy and Iran rather than to neighbouring countries, is a situation that needs to be taken into consideration.”

Altun noted that as the Republic of Turkey, they have been monitoring the outbreak of coronavirus closely since the early days, and said, “The establishment of the Health Operations Centre and the Scientific Board within our Ministry of Health at the beginning of January, and the management of the process by our President in accordance with the advice of our scientists, have made it possible to prevent the virus from reaching our land for weeks. If we had not planned our fight against the pandemic at that stage and had not developed our national strategy, we could have been in the situation of England, Italy, and Spain, which are now facing a much more painful picture.”

Fahrettin Altun said, “Just as we planned our fight against the pandemic before the virus reached our lands, working out all the scenarios separately, today we are getting prepared for the transformation of the international system after the pandemic. The fact that either competition and conflict or cooperation and solidarity will prevail in the aftermath of the coronavirus is closely concerned with the countries such as Turkey, which have completed their political, economic and cultural integration with the world and at every opportunity, contribute to the solution of regional and global issues. Similarly, questions such as whether or not the unipolar international order is sustainable and an open and rule-based trade regime can be maintained are awaiting answers.”

Noting that the favour showed by the nation for the “We are Self-Sufficient, Turkey” campaign launched with the call of President Erdoğan demonstrated that this trust is not unfounded, Altun said, “Despite the pernicious efforts of those who are bothered by the fact that the State serves as a bridge between the citizens who have financial means and those who are in need; as of April 7, 1 billion 415 million 329 thousand 488 liras have been deposited in the campaign accounts, moreover, SMS worth 46 million 6 thousand 830 liras have been sent. With the donations collected here, we will support about 2.3 million families and we will resolutely continue to take the necessary steps to ensure that no citizens will suffer.”

Indicating that as the Republic of Turkey, they wish and work for the establishment of peace, cooperation, solidarity in the world, Altun said: “During the global pandemic period, even though the inter-state relations show deregulation trend and while we are striving to protect our own citizens, we do not turn our back on the countries in need. This is the most concrete indicator of this situation.”

Fahrettin Altun said, “Likewise, our President has been the first leader who brought up the coronavirus outbreak to an international agenda within the scope of the teleconference held with the heads of state and government of England, Germany and France; and at the G20 Extraordinary Leaders’ Summit, which was held via the video conference on March 26, President Erdoğan recalled that no country could fight alone against this global crisis and emphasized the importance of taking common steps in all areas adversely affected by the pandemic without delay, especially in national economies.”

Altun said, “As a matter of fact, our country has carried out its humanitarian duty that falls upon itself during this period; to the extent possible, Turkey has met the requests for assistance from 30 countries, including the Turkish Republic of Northern Cyprus, the People's Republic of China, Spain and Italy. Similarly, taking into account the extraordinary conditions in Spain last week, we delivered 116 respirators, the exports of which have been previously prohibited.” 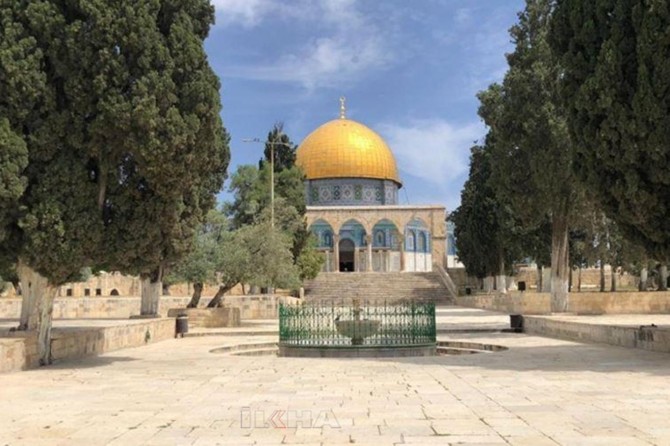 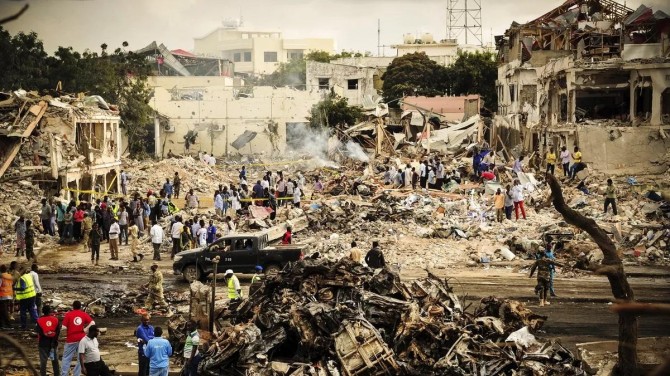 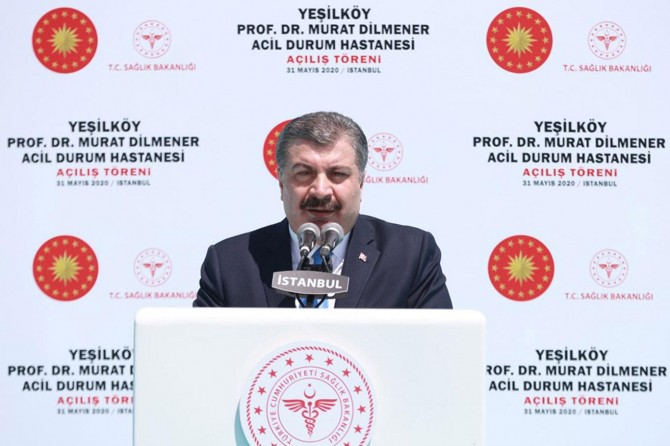 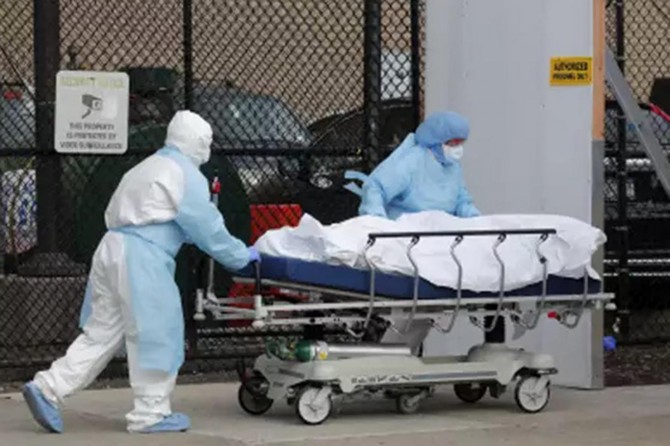 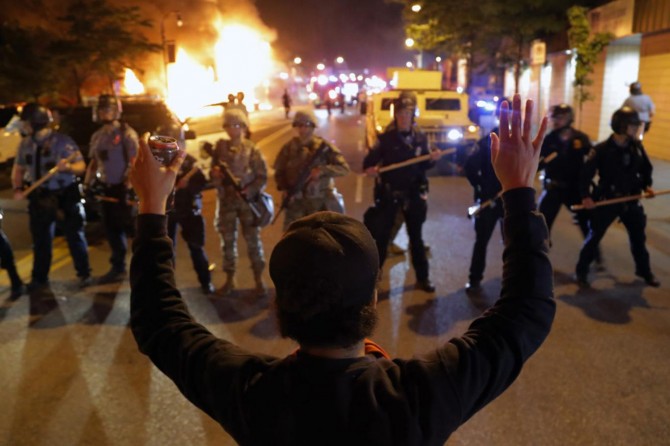