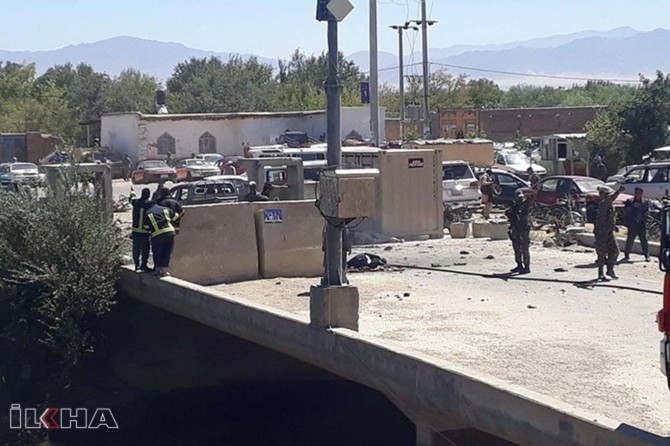 A bomb attack was carried out on Tuesday on an election rally attended by Afghan President Ashraf Ghani, leaving many dead and wounded.

A large number of health and safety teams were dispatched to site the incident after the bomb attack, which took place among the crowd gathered for the rally in the Charikar capital of Parvan province.

Thirty-one people are reported to have been injured in the election rally blast in Charikar.

Children were among the casualties, medical staff said. The bomber, on a motorbike, triggered the blast at a checkpoint at the venue.

At least 24 people were killed in the attack, according to initial reports.

Another blast in central Kabul, near the US embassy, has killed at least three people.

Afghan President Ashraf Ghani, who hopes for a second five-year term, reportedly was not hurt.