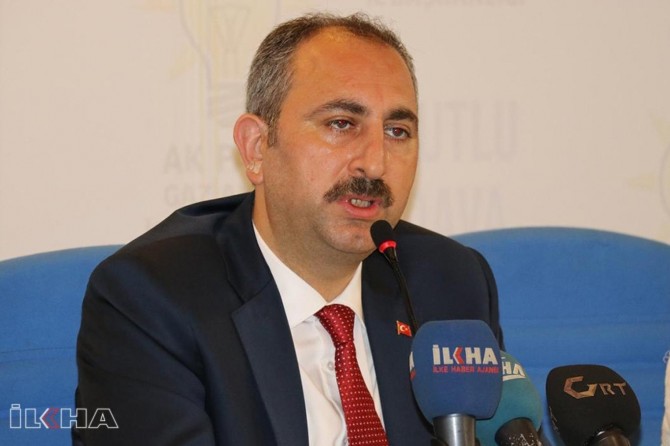 Capital punishment is a decision of parliament, Turkish Justice Minister

"This issue is a decision that the parliament will make, it is an issue that needs to be changed in the Constitution," Justice Minister Abdulhamit Gül said of the death penalty debates.

Speaking on the capital punishment debates, which came to the agenda following the murder of Emine Bulut, and President Erdoğan's statements on his return from Russia, Turkish Justice Minister Abdulhamit Gül stated that violence, murder and violent acts against women are inhumane.

"There has long been an expectation and demand of capital punishment expressed in public, in society against such acts," Gül said.

"Mr. President's stance on this issue is clear, 'if Parliament sets out a will I will approve'.", Gül added.

Stating that this issue is a decision that the parliament will make, it is an issue that needs to be changed in the Constitution, Turkish minister adding that if parliament makes an arrangement on this issue, Mr. President has once again stated his position.

"We hope that the punishments deserved for such acts are given without delay. We hope we do not have these kinds of painful incidents. It is the duty of all of us to carry out all the necessary law, implementation, administrative measures and responsibility for all of us.," he said.