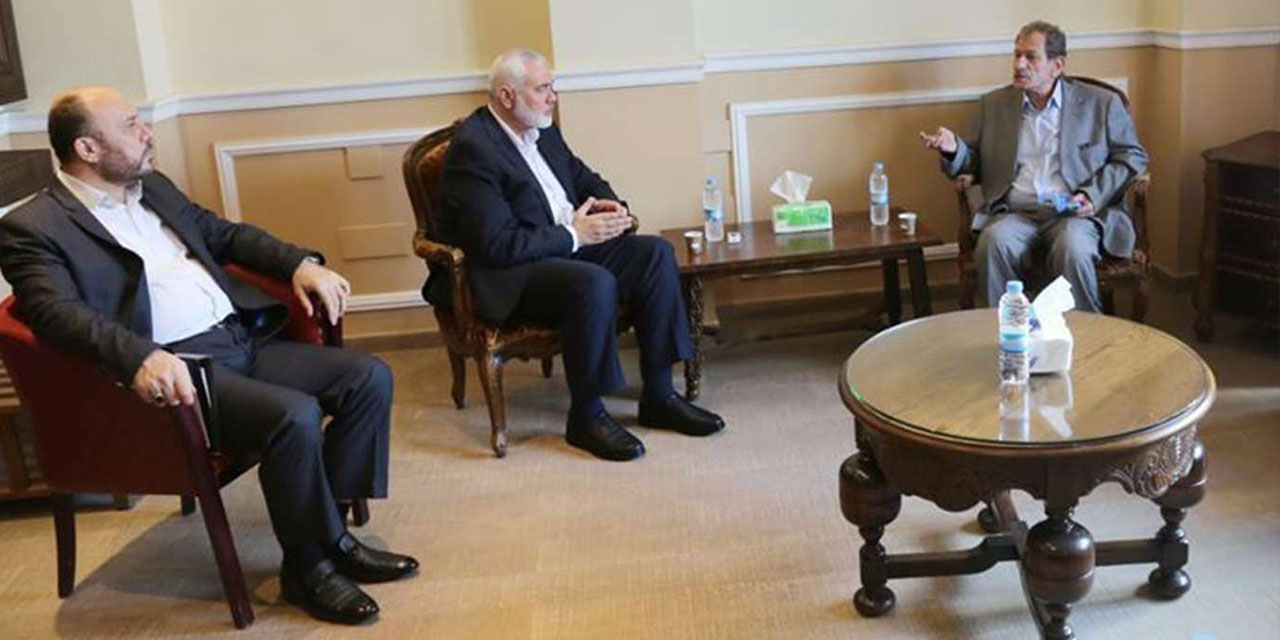 Haniyeh: There is a need for a unified vision to face off the zionist occupation

Head of Hamas Political Bureau Ismail Haniyeh and a senior delegation from Hamas has met in Beirut with a delegation from the Popular Front for the Liberation of Palestine headed by the movement’s secretary-general Abu Nidal Al-Ashqar.

They also highlighted the absolute rejection of the Palestinian refugees in Lebanon to re-settlement, while reiterating the necessity to secure them their basic rights and humanitarian needs.

The meeting condemned the rush for normalization with the zionist occupation regime and pointed out that the Arab peoples are ‘immune’ enough against normalization.