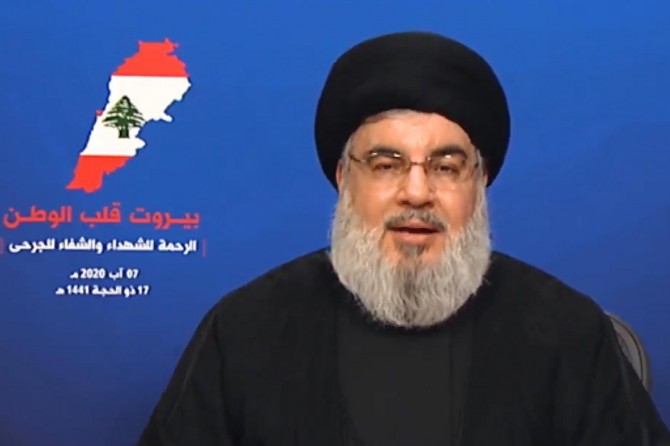 "Although Lebanese officials denied the presence of missiles in the port and confirmed that of nitrate used for agricultural and industrial purposes, some media outlets insisted that the ammonium nitrate had been stored by Hezbollah," Nasrallah said.

"I categorically deny the claim that Hezbollah has stores of missiles, ammunition or anything else," he said.

Nasrallah underlined that Hezbollah neither runs Beirut port nor does it interfere in its administration, claiming that the organization knows about Haifa Port in Occupied Palestine more than Beirut Port.

On Tuesday, two explosions occurred at the port of the city of Beirut, the capital of Lebanon. The extremely powerful second blast resulted in at least 157 deaths, 5,000 injuries, US$10–15 billion in property damage and an estimated 300,000 people made homeless.