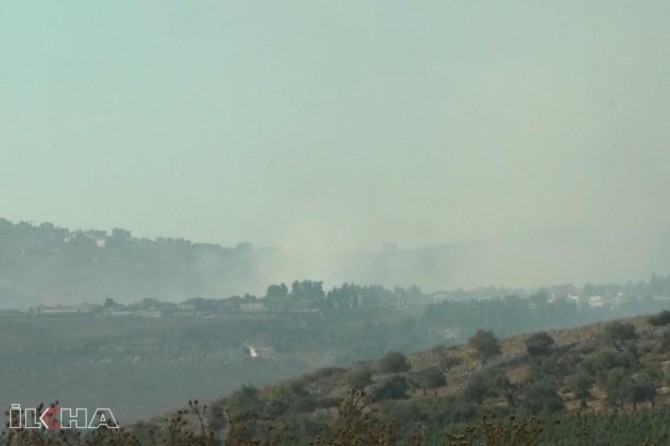 Lebanon's Hezbollah says it has destroyed a military vehicle belonging to the occupying zionists.

The Hezbollah movement in Lebanon says it targeted the vehicle of zionist soldiers with missiles at the occupied settlement of Avivim.

The statement said some zionists in the military vehicle were killed and others wounded.

Anti-tank missiles fired from Lebanese territory towards military vehicles in the residential area of Avivim, injuring some soldiers, officials from the occupation regime said.

Some local sources noted that the area commander of the occupiers was killed in the attack.

Following the attack, the occupation artillery began to bomb the area where the missile was launched.

It was reported that the occupation regime issued a warning on the entry of zionist settlers into the shelters.  The announcement said that zionist settlers should remain at least 5 km from the Lebanese border.

According to Lebanon’s local TV, the zionist forces have fired several shells at the border village of Maroun al-Ras in south Lebanon with the channel's live broadcast from the village showing large plumes of smoke rising from the countryside near the border with the occupied territories. It added that zionist warplanes are also conducting overflights above the village.

A statement by Lebanese army said that occupying zionists fired 40 rockets into southern Lebanon during the Sunday border escalation.

"Lebanon will pay very heavily for this," zionist Netanyahu stated regarding Hezbollah's attack.

Meanwhile, a statement released by the office of the Lebanese Prime Minister Sa’ad Hariri quoted him as calling the US Secretary of State Mike Pompeo and Emmanuel Bonne, the foreign policy adviser to the French president, discussing with them the latest developments at the border with the occupation regime.

Hariri's office said he made the calls "asking the United States and France to intervene in the face of developments at the southern border."

The Lebanese army recently said it had shot down two drones belonging to the occupation regime in the neighborhood of Dahiye, which Hezbollah controls, in the south of Beirut.

The zionist regime also hit some targets near the Syrian capital Damascus, where 2 Hezbollah members were killed.