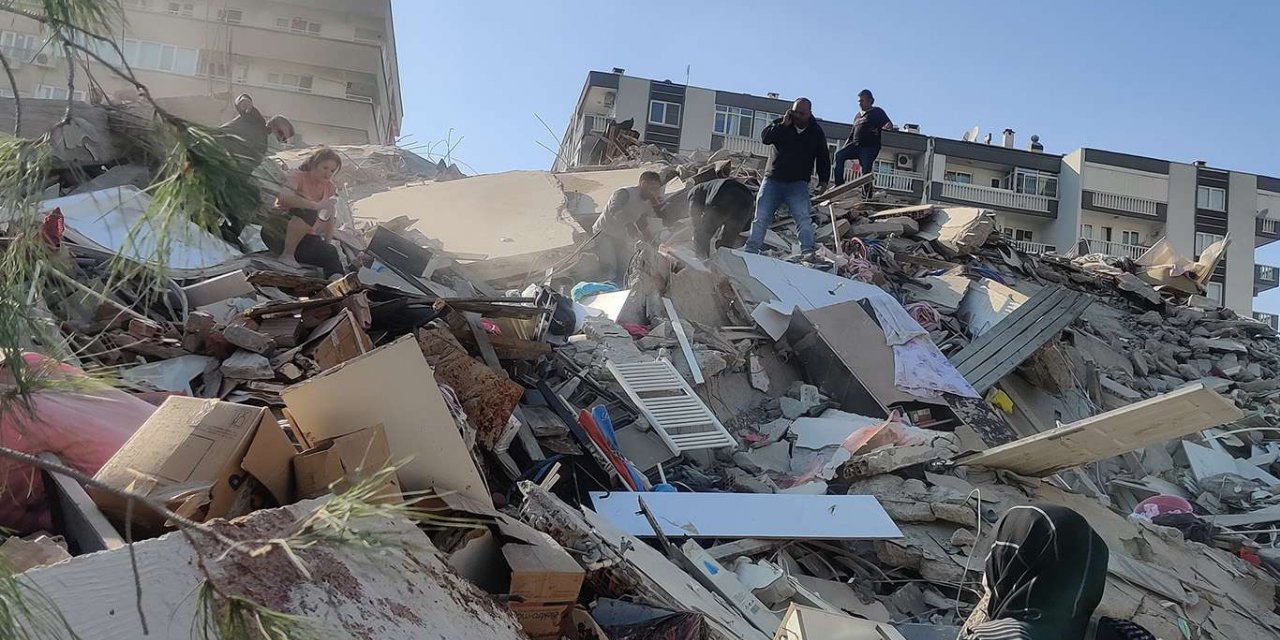 People trapped under the rubble after huge earthquake in western Turkey

​Some people have been trapped under the rubble after the huge 6.6 magnitude earthquake hit Turkey’s western İzmir province, said Murat Kurum, the country’s Environment and Urban Planning Minister.

Kurum, who was in Batman when he heard about the quake, cancelled his program and headed to Izmir.

The earthquake took place 2:51 p.m. off the coast of the Seferihisar district in the Aegean Sea.

According to Mayor of Izmir Metropolitan Municipality Tunç Soyer, at least 20 buildings have collapsed in the earthquake.

There are a number of injured and fatalities in the earthquake, local sources confirmed.