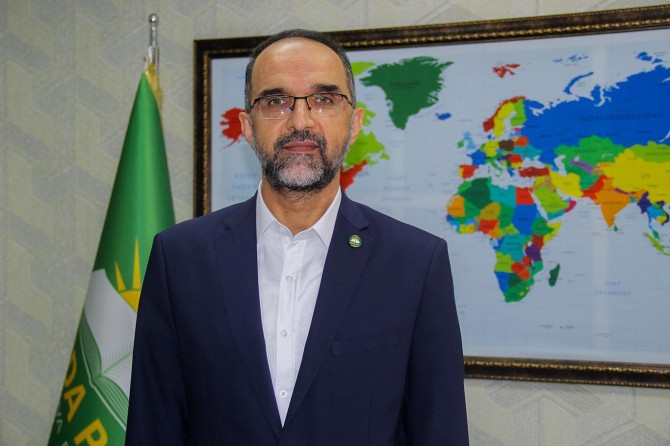 Sağlam:World Quds Day should have a very different meaning this year

The last Friday of Ramadan, the month of fasting, is marked as the World Quds Day in Islamic World.

Speaking to Ilke News Agency on the occasion of the World Quds Day, HÜDA PAR Chairman İshak Sağlam stated that Palestine state should not be left alone in its struggle against the expansionist policy of Zionist occupation regime.

“72 years ago, on May 14, 1948, the Zionist regime was declared in the Palestinian Territories. Friday, May 15, a day later, Nakba, i.e. 'great disaster', started. The process of massacring a people in their own villages, cities, mosques and streets, forced exile from their lands and taking away their right to return to their homeland was thus started. Because of the lack of political unity of Muslims, the Zionists expanded the occupation and pillage into the city of Jerusalem and Masjid Al Aqsa, the first Qiblah of Muslims and the place where our Prophet Muhammad (PBUH) ascended to Miraj,” Sağlam said.

“Palestine State should not be left alone”

Touching upon the so-called Deal of Century, Sağlam said: “With the aim of raising awareness for Quds, speeding up the liberation process from occupation and mobilizing Muslims to ultimately liberate it, the last Friday of Ramadan is marked as World Quds Day. 'World Quds Day' should have a very different meaning this year, when the 'betrayal of the Century' plan is being put into effect step by step with the support of the United States and some collaborationist countries in the Middle East. Palestine State, has declared an end to all agreements with zionist occupation regime and the United States, should not be left alone. We invite all Muslims to meet in the common denominator of Quds, regardless of their race and sect on this meaningful day.”

"Masjid Al-Aqsa is not for sale; Quds cannot be valued financially"

Pointing out that the stance of Turkey on this issue is very important, Sağlam went on to say: “Turkey should not sign the Exclusive Economic Zone Agreement with the occupation regime in the Mediterranean, regardless of its political, economic and military benefits. Masjid Al-Aqsa is not for sale; Quds cannot be valued financially. If Turkey signs such an agreement, which would do great damage to the Jerusalem cause, it will do the greatest harm to the Islamic world. Turkey should use its military, political and geostrategic facilities to the benefit of the Islamic Ummah, not against it.”

“Quds is the political capital of the Ummah”

Sağlam concluded as follows: “As HÜDA PAR, we declare once again that we will continue to stand with Quds today and tomorrow as we did yesterday and that we will stand in solidarity with the Palestinian people. Quds is the political capital of the Islamic World.