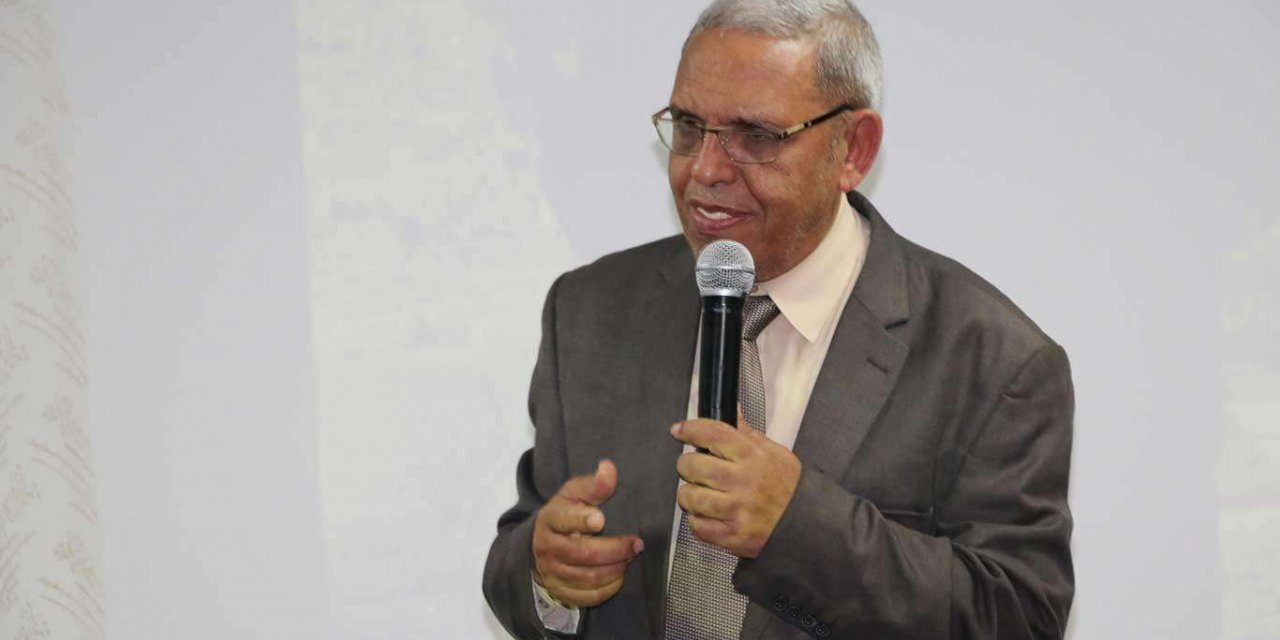 Saud Abu Mahfouz: We expect the spirit of Saladin from Kurds

Former Jordanian lawmaker Saud Abu Mahfuz has participated in the 6th Islamic Scholars Meeting which was held by İTTİHADUL ULEMA.

Many Islamic scholars from Turkey, Iran, Iraq, Syria, Lebanon, and Jordan, participated in the event that was held via video conference this year due to the ongoing coronavirus pandemic.

In their speeches at the meeting, the participants discussed the problems of the Islamic world and the systematic efforts to spread atheism among Kurds.

Saud Abu Mahfuz, the former Jordanian lawmaker, made a speech at the meeting.

The full text of Abu Mahfuz’s speech is as follows:

Kurds are an honorable nation that chose to convert to Islam in the early Islamic period. They extinguished the fire they worshiped and joined the ranks of Islam. They held Islam in high esteem from day one. Then, Arab and Kurdish people started to reap the benefits of their religion and geography. The Kurds, in our opinion, are a brotherly people like other Arab peoples. In fact, Kurds and Arabs are twin nations. The Kurds are the closest people to the Arabs among Muslim nations. The Kurds are a religious nation that loves jihad, martyrdom, solidarity, and orderliness.

The Kurds changed the course of history by joining Alp Arslan's army in the Battle of Manzikert. In this battle, they acted shoulder to shoulder to strengthen Islam in Anatolia. Kurds took a tough stance to strengthen Sunni Muslims. They fought against 38 European nations during crusade expeditions. Saladin stood against them not only with his sword but also with his nobility. Saladin, who ended the crusaders' 88-year reign in Palestine, was a dauntless advocate for Islam, a miraculous commander and the sword of Islam.

I am from a Palestinian tribe that lives in Jordan. We were Shiite Fatimids who hand over Jerusalem to the crusaders. Then, the Kurds came and changed the demographic spectrum as well as our sect. We are now Sunni and Shafi'i like Kurds. Your ancestors were our ancestors' teachers. Your leaders were the great and the good of us. They fought 47 battles, including the Battle of Hattin, to exalt the word of Islam. Saladin Ayyubi, the Kurd, is the third greatest conquer in Islamic history. He opened a Shafii school in the vicinity of Al Aqsa Mosque. The greatest scholars of the Shafii sect have been educated in this school for 800 years. They got their culture, knowledge, and education in this school. One of these great Islamic scholars was from Hakkari city in eastern Anatolia. There are now many Kurds living in Al Khalil, one of the biggest Palestinian cities. There are 22 tribes of Kurds in Al Khalil. They comprise one-third of the city’s population. You can find a Kurdish origin in every family, male or female.

Husameddin Lashil, Saladin’s nephew, conquered Nablus. Kurds also conquered Safed. Ottoman historian and traveler Awliya Chalabi says “When I visited Safed in 1671, I saw that the people living there were Kurds”. There are many Kurds in Hayfa as well as in other parts of Palestine. Hayca is the greatest Palestinian tribe. They are descendants of Ahmad Hassan Abu Hayca. Saladin gave Abu Hayca 500,000 golden coins that he had seized from the Crusaders.

Kurds had a good name on the sacred territory for centuries. Have not you heard the scream of Ummu Kamil from the Sheikh Jarrah neighborhood? Have not you heard about Muhammed and Muna Al Kurd who have photographed the heinous crimes of zionist settlers for 49 years and carried the Palestinian cause onto international platforms? Al Kurd family is an indispensable part of the social, demographic, and cultural structure of Palestine. The Kurds living in Palestine are descendants of Mujahidin who came to Palestine along with Saladin. Among them are Imam, Bastami, and Kaymar families.

You are followed and expected ones. We expect you. Our ears want to hear your voice. The day you will set foot on the sacred place is expected by all Muslims. They want to establish a Jewish state with Jerusalem as its capital in the occupied Palestinian territory. You have paid heavy prices in your country. Your country was divided between four states. You became the largest ethnic group in the world without a state. Yes, many tribulations were inflicted upon your leaders. But you have a noble nation and firm belief. An inseparable part of the Ummah, you fit the six characteristics of the group who Messenger of Allah said that they would be victorious in the sacred place, Jerusalem.

There are still remnants of works, buildings, and streets remaining from 15 Kurdish tribes in Jerusalem. They will certainly not be able to separate the Kurdish people from the Arabs. Likewise, they will not be able to separate the Turks from the Arabs. Kurds and Turks are the domes of Islam standing against this vile enemy. We expect from you Kurds the spirit of the Kurdish-Shafii Saladin Ayyub. O Saladin, you were such a perfect hero… Greetings to you in Hattin and in all the wars you fought.

Kurdish women had come from Diyarbakır and washed the courtyard of Al Aqsa Mosque with rose water after Saladin liberated it from the Crusaders’ occupation in 1187. They cleaned the Dome of Rock with rose water. Because the Crusaders used Masjid al-Aqsa as a stable. They housed 500 camels and 2,000 horses there. Some parts of the mosque were used as bathrooms and toilets. This was Europe’s approach towards civilization and the sacred. After cleansing, Qadi Ibn Zeki delivered a sermon there. In this way, Qadi Fadil and Saladin Ayyubi purified the holy land of Crusader’s dirt.

Finally, I would like to thank you again for your sacrifices, heroism, and great memories. 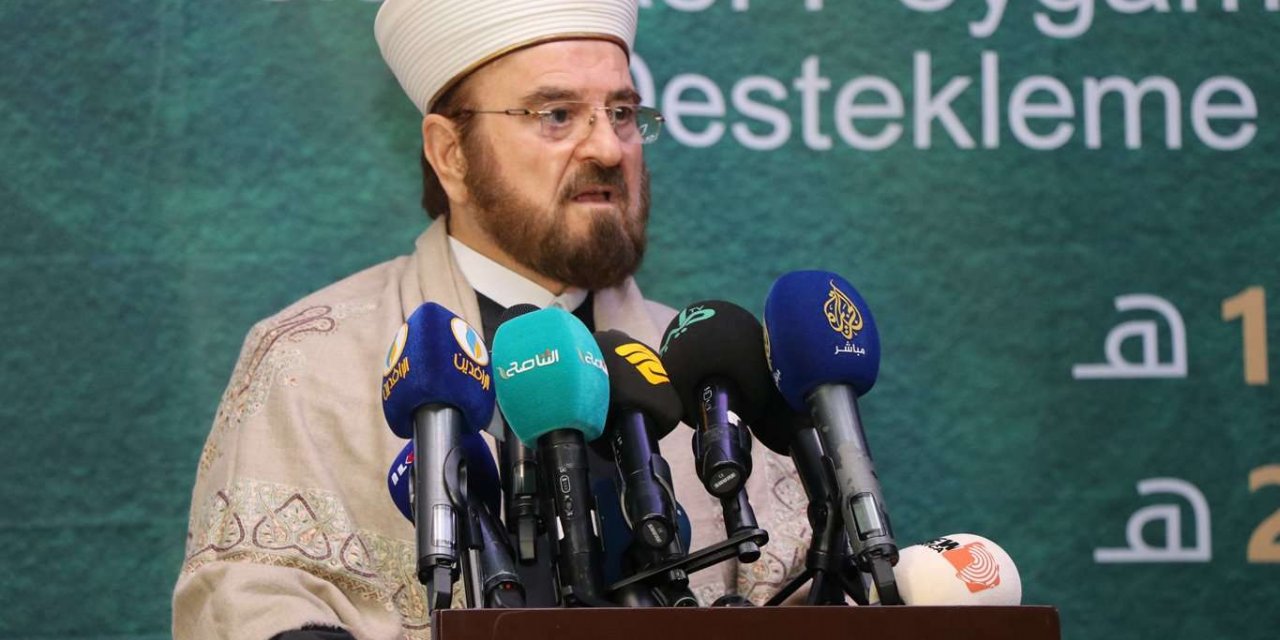 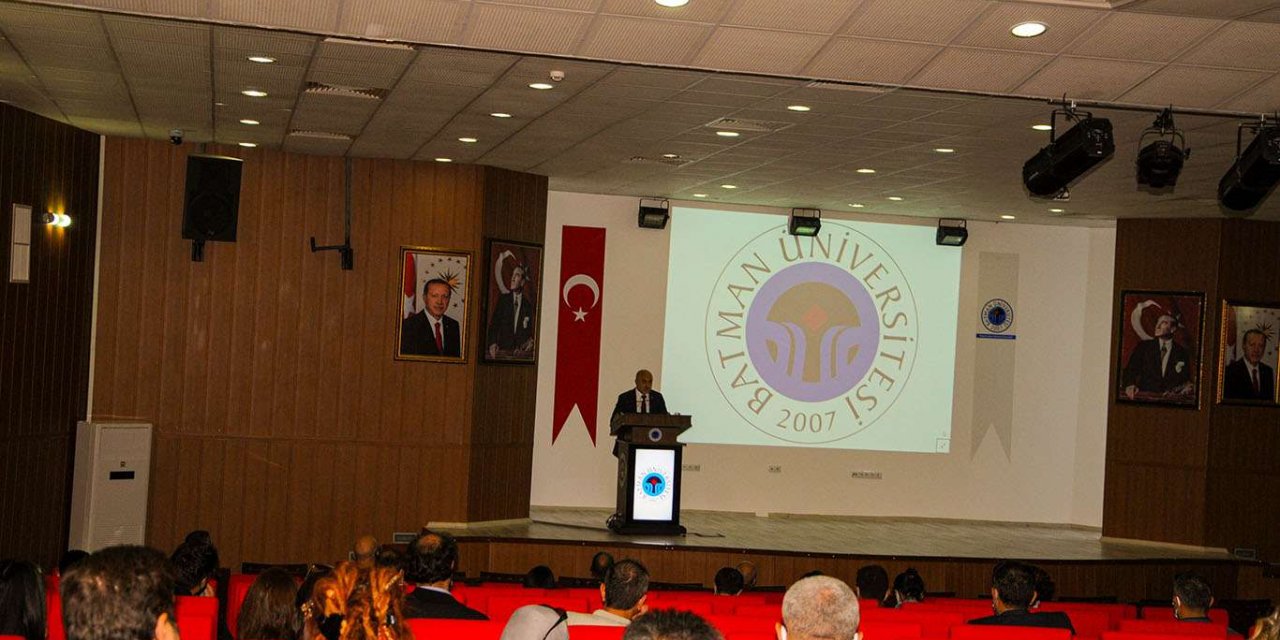