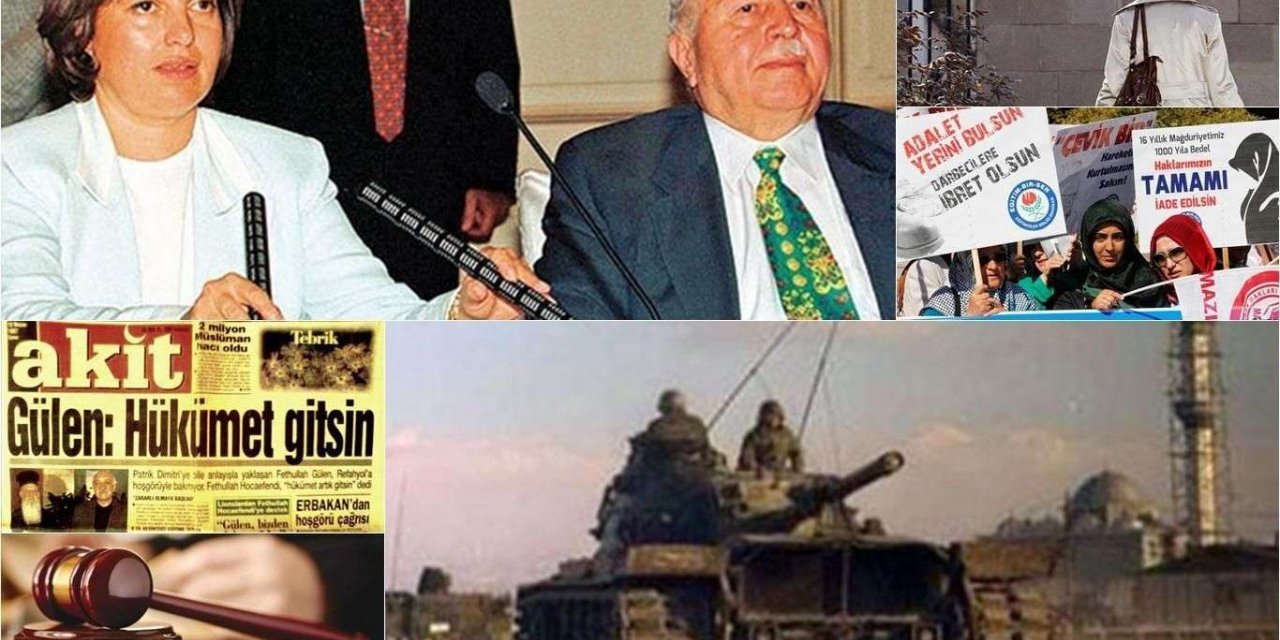 The anniversary of February 28, 1997 - Postmodern Coup

On February 28, 1997, the military-dominated National Security Council issued a series of recommendations or ultimatums to the government on the pretext of protecting secularism in Turkey.

Under the leadership of Necmettin Erbakan, the Refah or Welfare Party won nearly one-third of the seats (the largest single bloc) in the 1995 national legislative elections.

A coalition government, which was known as Refahyol, was formed by Welfare Party (RP) and True Path Party (DYP).

The coalition government of Erbakan was forced out of power by the Turkish military in 1997 on the pretext of having an Islamist agenda.

The military demanded that Erbakan stop policies considered as promoting Islam in government affairs. It increasingly applied overt pressure on Prime Minister Necmettin Erbakan of the conservative Welfare (Refah). The military succeeded in forcing the Refah-led government from power later that year and Refah was banned in 1998, but it was succeeded by the Fazilet or Virtue Party.

As the government was forced out without dissolving the parliament or suspending the constitution, the event has been famously labelled a "postmodern coup" by the Turkish admiral Salim Dervişoğlu. The process after the coup was organised by the Batı Çalışma Grubu (Western Working Group), a clandestine gangs within the military.

Preparations for the coup

On 17 January 1997, during a visit to the Turkish General Staff, President Süleyman Demirel requested a briefing on common military problems. İsmail Hakkı Karadayı, Chief of the General Staff, enumerated 55 items. Demirel said half of them were based on hearsay and encouraged Karadayı to communicate with the government and to soften the memorandum's wording.

Tanks moving on the streets of Sincan

On 31 January 1997, protests were arranged by the Sincan municipality in Ankara, against Israeli human rights violations and atrocities that took place in "Al-Quds night".  As a reaction to the demonstration, tanks moved to the streets of Sincan on 4 February. This intervention was later described by Çevik Bir as "a balance adjustment to democracy".

At the National Security Council (MGK) meeting on 28 February 1997, the generals submitted their views on issues regarding secularism and political Islam on Turkey to the government. The MGK made several decisions during this meeting, and Prime Minister Necmettin Erbakan from the Welfare Party was forced to sign the decisions, some of which were: Eight years of primary school education and shutting down many religious schools opened during his term.

One of the National Security Council's February 28, 1997 "recommendations" to the government stated, "practices in contravention of the law on attire that could give Turkey a "backward" appearance should be obstructed and laws in this regard should be enforced especially in public institutions. This article openly targeted headscarf, which are commonly used by observant Muslim women and girls, and required by Islamic law for women and girls. The National Security Council's February 28, 1997 ultimatums included some requirements that critics considered as restrictions on religious freedoms. For example, the Council recommended that "an eight-year uninterrupted education should be enforced to protect the young against "influence" and ensure their love of Ataturk ideals."

Erbakan was forced to resign as a result of the military memorandum. Although DYP, RP, and BBP declared they should form the new government with the premiership of Tansu Çiller, Demirel appointed ANAP leader Mesut Yılmaz to form the new government. He formed a new coalition government with Bülent Ecevit (DSP leader) and Hüsamettin Cindoruk (the founder and the leader of DTP, a party founded after 28 February Process by former DYP members) on 30 June 1997. The Welfare Party was closed by the Constitutional Court of Turkey in 1998 on the pretext of violating the constitution's separation of religion and state clause. Erbakan was banned from politics for five years, and former MP members and mayors of RP joined the successor Virtue Party. Istanbul mayor, Recep Tayyip Erdoğan from the Virtue Party, was soon afterwards given a prison sentence after he read a poem at a public function where he was present as mayor, and he was banned from politics for five years as well.

In the 1999 general elections, the Virtue Party won several seats in the parliament but it was not as successful as the RP in the 1995 general elections. One of the MP members of the party was Merve Kavakçı who wore an Islamic headscarf. The Virtue Party was also closed by the Constitutional Court in 2001. Although former Istanbul mayor Erdoğan was still banned from politics, he managed to form the Justice and Development Party (AKP). The traditional Muslims who did not favor this new route formed the Felicity Party.

The trial of the perpetrators

Çevik Bir and 30 other officers from the Army were detained for their roles in this coup in April 2012. A Turkish court sentenced 21 suspects, including a former chief of general staff and his deputy, to life in prison for their roles in the post-modern coup of February 28, 1997 following the issuance of a military memorandum.

However, the court did not rule to imprison them due to their advanced age, instead ruling for judicial supervision and a ban on traveling outside the country.

Opinions on the memorandum

It is alleged that Bülent Orakoğlu of the police intelligence, under Hanefi Avcı, learned about the coup plans.

Necmettin Erbakan stated that the process was planned by zionists. 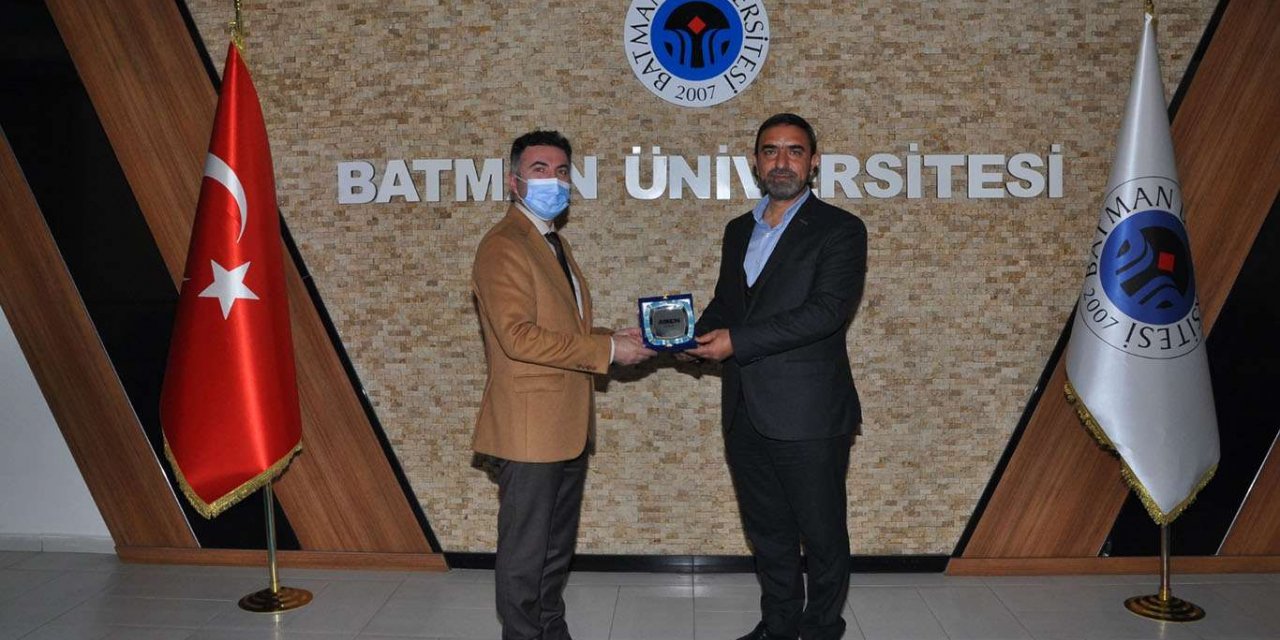 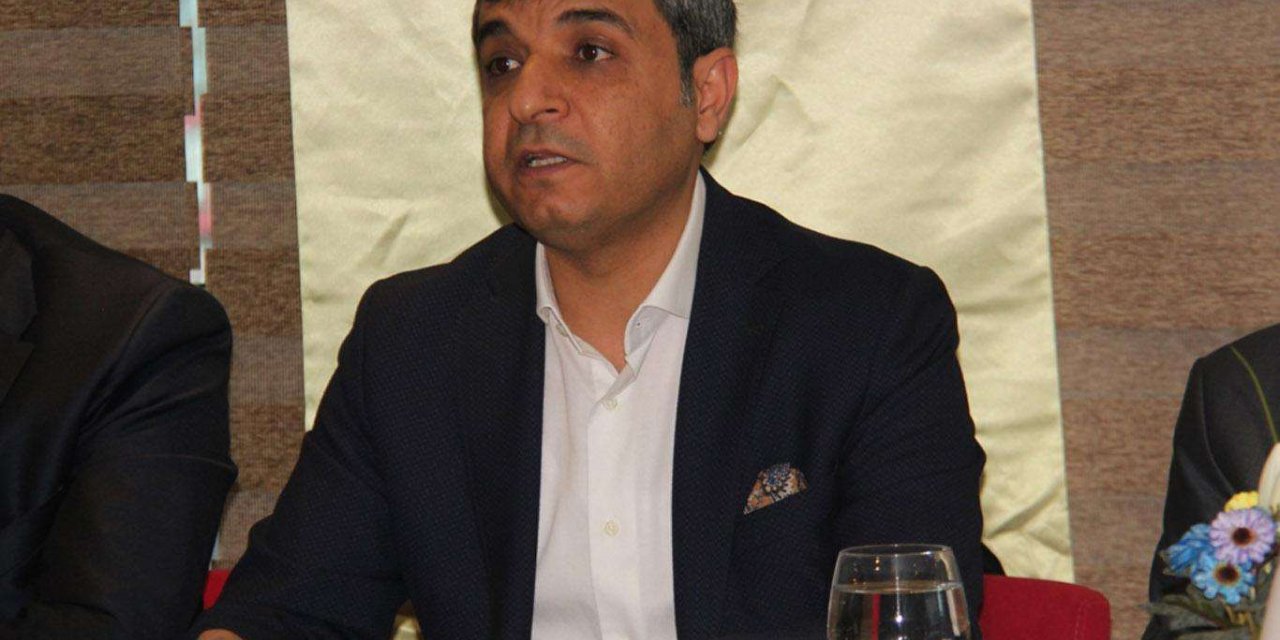