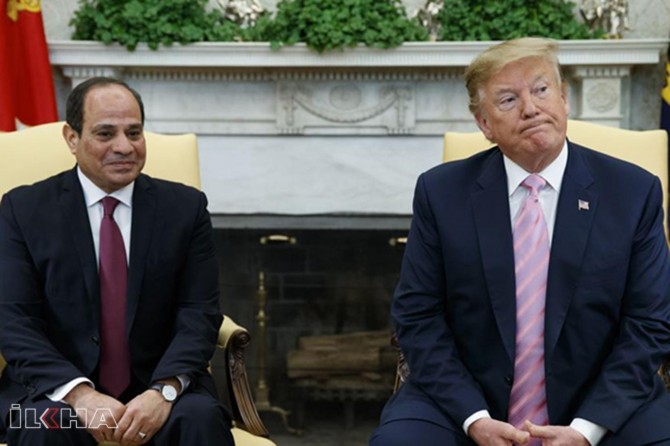 It has revealed that US President Donald Trump called Egypt's illegitimate President Abdel Fattah es-Sisi "my favorite dictator" during the G-7 summit in France.

Trump's remarks were heard by Egyptian officials in the boardroom, but no one reacted, the report said.

US President Donald Trump hosted President Abdel Fattah es-Sisi, who came to control with a coup in Egypt, at the White House, saying the relationship between them and Egypt was better than ever before.

"I think he's doing a very good job. He's a great president," Trump said during talks in the White House.

Mohamed Morsi, the country's first and only elected president who was ousted in a military coup by Sisi in Egypt in 2013, had been martyred in prison.