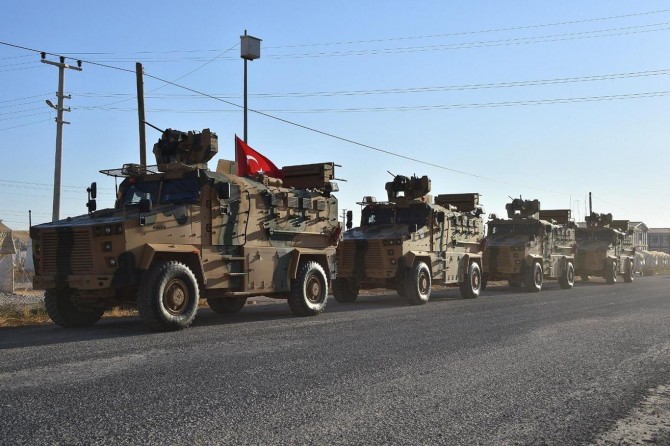 Turkey and US begin joint land patrol east of Euphrates

Turkey and the United States began a joint land patrol east of the Euphrates.

A joint ground patrol with the United States has begun as part of a planned safe zone in northern Syria.

Turkish Defense Ministry announced Sunday that the first joint ground patrol of TAF [Turkish Armed Forces] and US personnel for the secure zone facility east of the Euphrates, in northern Syria, was carried out as planned.

"Within the scope of the activities of the secure zone facility in northern Syria and east of the Euphrates, the TAF and US personnel began their first joint ground patrol south of Akcakale, on the Syrian side, with the participation of ground vehicles and drones," said Turkish Defense Ministry in a twit.

Six Turkish armored vehicles crossed the border to join US troops in Syria for their first joint patrol under a deal reached between Washington and Ankara.