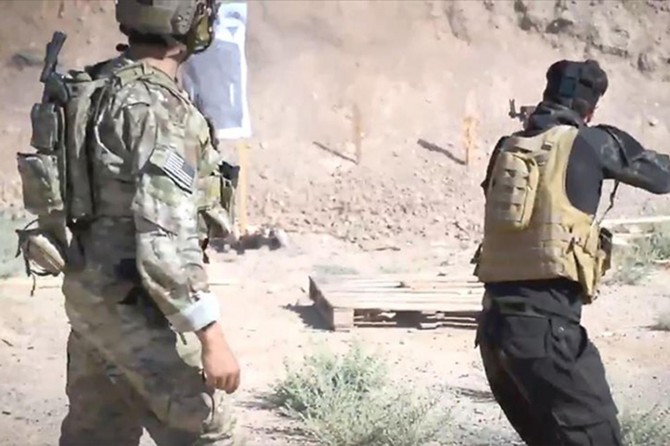 US provides residential and land training to YPG

The United States has released footage of military training it has given to the PKK/YPG, which continues to tunnel and establish positions at Turkey's border.

The Special Operations Joint Task Force [CJTFOIR], which is established against DAESH, posted images on its official Twitter account of military training it has given to the PKK/YPG.

The same images and messages were shared on social media accounts known to belong to the YPG/PKK.

According to the US Central Forces Command (CENTCOM), the training includes homeland security, hand-made explosive detection and disposal training, and counter-terrorism consulting.

The U.S. still has around 2 thousand personnel at 18 bases and military points in Syria.