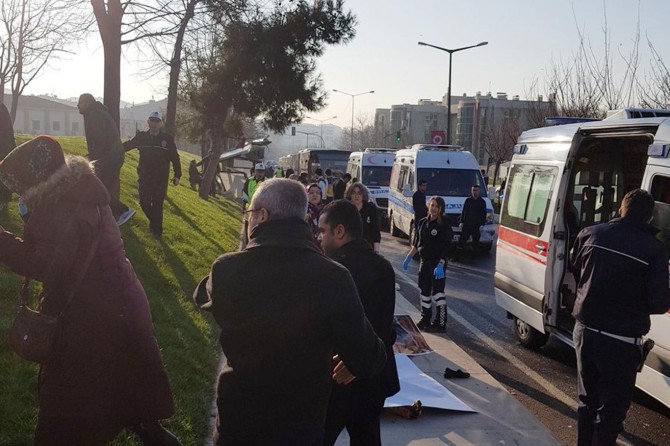 The public bus, which the driver lose steering control, plough into the crowd waiting at a bus stop in Istanbul's Üsküdar early Thursday. According to initial findings, 3 people lost their lives and 5 people injured.

The public bus killed 3 and injured 5 after the driver lost control and plough into the crows waiting at a bus stop in Üsküdar.

According to the information, the public bus that ran the Ataşehir -Kadıköy service in Üsküdar plough into the crowd. The 34 VN 7071 plated private-public bus veered into the crowd after collided with 34 TP 7072 plated IETT bus and lost control.

According to initial findings, 3 people lost their lives and 5 others were injured. The wounded were transferred to nearby hospitals.