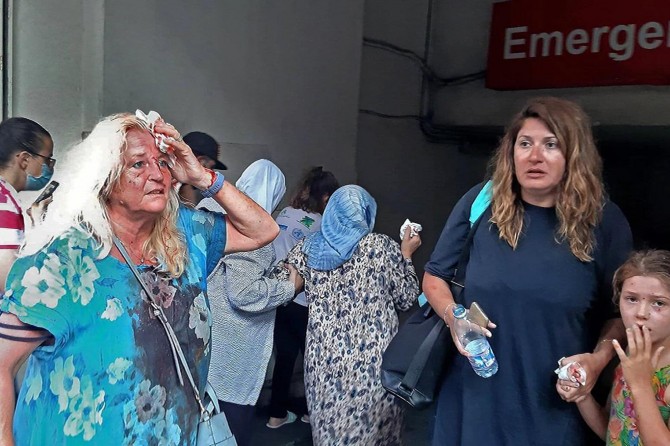 ​Death toll from Beirut explosion rises to 135 as more than 5,000 wounded

The number of people who lost their lives in the large blast in the Lebanese capital, Beirut, has risen to 135, the health ministry said.

​More than 5,000 people have been injured in the blast, which was heard 240km (150 miles) away on the island of Cyprus in the eastern Mediterranean.

Search and rescue teams are continuing to search for victims who remain trapped under rubble.

Beirut Governor Marwan Abboud estimated that up to 300,000 people were left homeless by the explosions.

The damage extended over half of Beirut, with 90% of hotels in the city were damaged and three hospitals completely destroyed, while two more suffered damage.

Dozens of injured people brought to nearby hospitals could not be admitted because of the damage to the hospitals.

The main explosion was linked to approximately 2,750 tons of ammonium nitrate that had been confiscated by the government from an abandoned ship and stored in the port without proper safety measures for the previous six years, Lebanese prime minister Hassan Diab said.