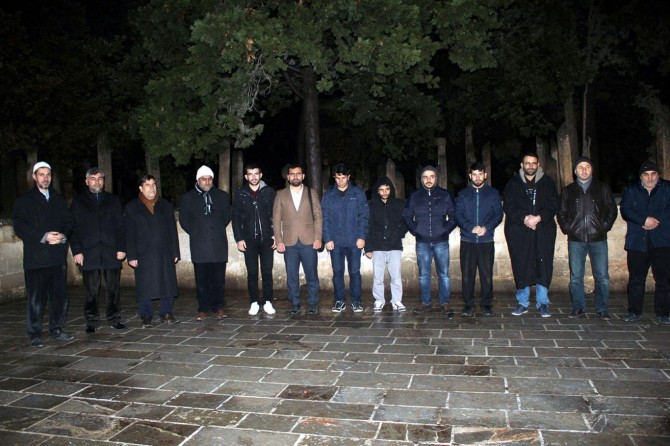 "Islam is based on the principles of brotherhood"

"The religion of Islam is based on the principle of brotherhood," said Mullah Emin Baytar in the "Resurrection with Morning Prayer" program organized by HUDA PAR Şanlıurfa Provincial Youth Branches.

This week's stop of the 'Resurrection with Morning Prayer' program organized by HUDA PAR Presidency of the Youth Branches of Şanlıurfa was Şanlıurfa Grand Mosque, the historical place of the city.

Mullah Emin Baytar, a member of Union of Scholars [Ittihad al-Ulama], spoke to the crowd gathered in the mosque after the Morning Prayer and had a conversation about 'The Fraternity of Islam'.

Despite the cold weather, elderly, youth and children participated in the conversation of Mullah Emin who pointed out that the brotherhood of the Islam is not looking at color, race, language, and sect.

Mullah Emin Baytar went on to say: "Those who say Lailaheillallah, Muhammad Rasulullah should know that he or she connected to the Islamic brotherhood. The borders of Islamic brotherhood are determined by Allah and put into life by Rasulallah himself. In the last century, while the Islamic Ummah has to be united and must be firmly connected to each other as like the stones of a building, there are very serious efforts to make a breach in this magnificent castle by making the irritability, nationalisms. The Ummah must rebuild the institution of brotherhood urgently and very firmly in order not to fall into such a trap."