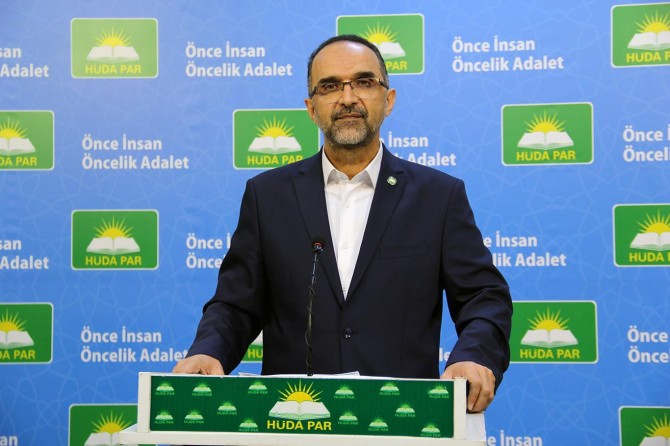 Sağlam: Refugee camps around the world are under risk due to outbreaks

In his weekly statement on foreign agenda, HÜDA PAR Chairman İshak Sağlam called on international organizations to take measures and improve conditions in refugee camps as outbreaks threat the lives of migrants.

He also made important observations on Arms Trade Report, Indian fascism, Europeans' stance on refugees and the sufferings of Muslims in Myanmar

Stating that 200 million Muslims are under threat in India, he called on the leaders of Islamic countries, especially the OIC, to impose sanctions against the Indian government.

Referring to the Arms Trade Report, he pointed out that the U.S. is the leader in arms exports and it, which has raised regional tensions across the world, is creating markets for its weapons by plunging countries into civil war.

Evaluating the Arms Trade Report, which covers the five-year period 2015–19, Sağlam said: "According to the report, the U.S. was the largest arms exporters while Saudi Arabia was the largest recipient of US arms, accounting for 25% of all US arms exports. Middle East arms imports increased by 61% and account for 35% of total global arms imports. As the largest arms exporter in the world, the U.S. seeks to design politics in Africa and the Middle East through economic sanctions, increases arms sales by raising regional tensions and prepares the ground for occupation policies by causing internal conflicts.

Pointing out the instability in Islamic World stemming from the policies of the U.S., Sağlam said:" Saudi Arabia, which ranks first in arms imports from the United States, is using this trade as a bribe in exchange for political support in its regional policies. Those arms are being used in Yemen, Syria and Libya, deepening the instability in the conflict regions. As a result of the military policies of the U.S., Islamic countries are suffering from wars and instabilities deeply. It is very important that the countries of the region break this vicious cycle. For this reason, Muslim leaders in Islamic geographies should establish their politics on the basis of peace."

The fascism in India

Underling that the Indian government committed state terrorism against Muslims, Sağlam stated: "India, which began its fascist policies towards Muslims by abolishing Kashmir's special status, is finally imposing State terror on Muslims in peaceful protests over the exclusion of Muslims in its new citizenship act. In the country, where the lives of 200 million Muslims are under the threat, racist Indians started to kill Muslim under the aegis of Indian security forces. They even started to target mosques as well as houses and shops, which belong to Muslims.

He recalled that the sufferings of the refugees seeking to reach Europe continues on the Turkey-Greece border following Turkey's decision to open the doors and went to say: "The refugees, who have been tortured  and mistreated by Greek security forces, face hungry and infections. European Union fails to take necessary steps to end humanitarian plight at border, on the contrary, it backs Greece's barbaric intervention. Finally, the announcement by Germany that 1,500 unaccompanied children will be accepted into the country is startling. Because it is certain that 1,500 children who are planned to be adopted will be subjected to cultural and religious assimilation. A joint committee, including Islamic countries, should be established to provide healthy living conditions for those children so that they can protect their religious and cultural identities. They should not be left at the mercy of European countries."

"Even the basic needs of Arakanese Muslims have not been met"

Recalling that one of the places where Muslims became refugees due to assimilation and racist attacks is Arakan, Sağlam: "Even the basic needs of Arakanese Muslims, who fled from massacre and took refuge in Bangladesh, have not been met. United Nations agencies and their partners launched an appeal today for $877 million to help some 855,000 Rohingya refugees from Myanmar who are in Bangladesh, as well as more than 444,000 vulnerable Bangladeshis in communities generously hosting those refugees. Given the outbreaks, which spread uncontrolled over the world, the refugee camps lacking hygiene and food are under great risk. For this reason, in addition to providing the conditions for refugees to return to their homes, all international organizations should mobilize for the improvement of conditions in the camps and ensure that hygiene conditions are maximized." 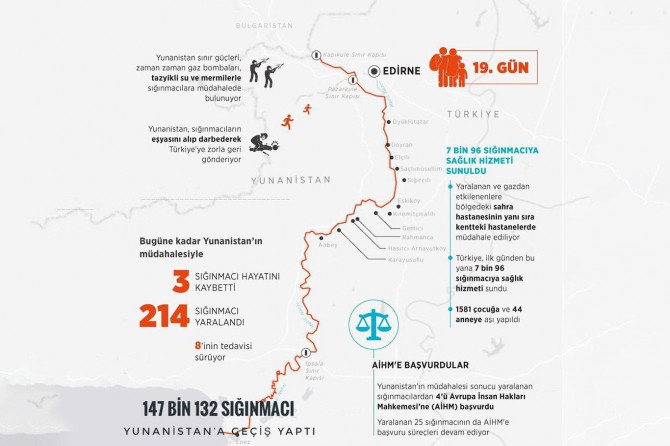 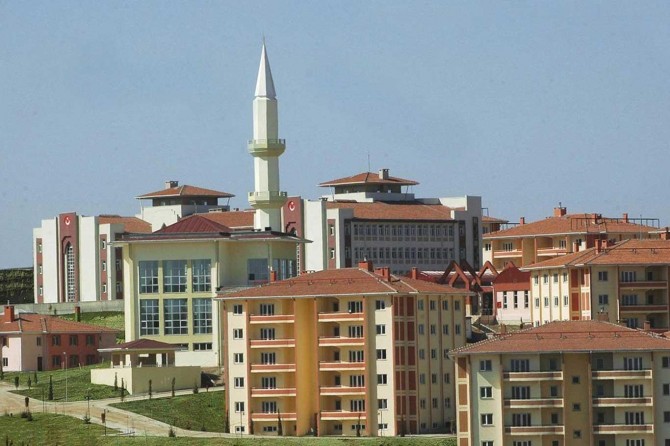