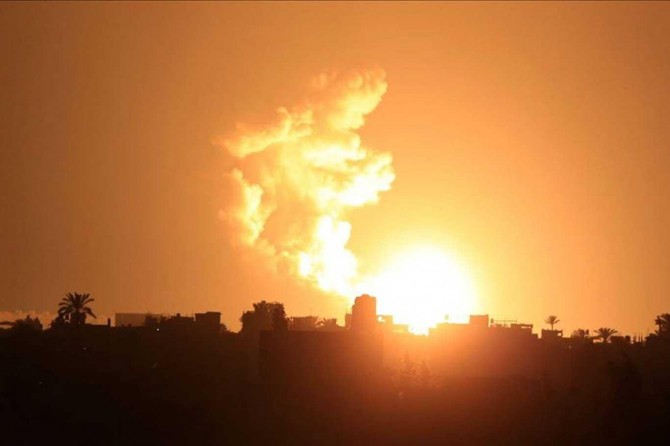 Zionist occupation regime's warplanes on Thursday night bombed a Palestinian resistance site in the northern area of the Gaza Strip.

According to local media reports, an israeli drone fired two missiles at a resistance site in northern Gaza, and they were followed by a third missile launched by an F16 plane.

No casualties were reported in the attack, he added.

Zionist occupation army later announced that the airstrikes came in response to fire balloons launched from the Gaza Strip over the border fence toward adjacent Jewish settlements.