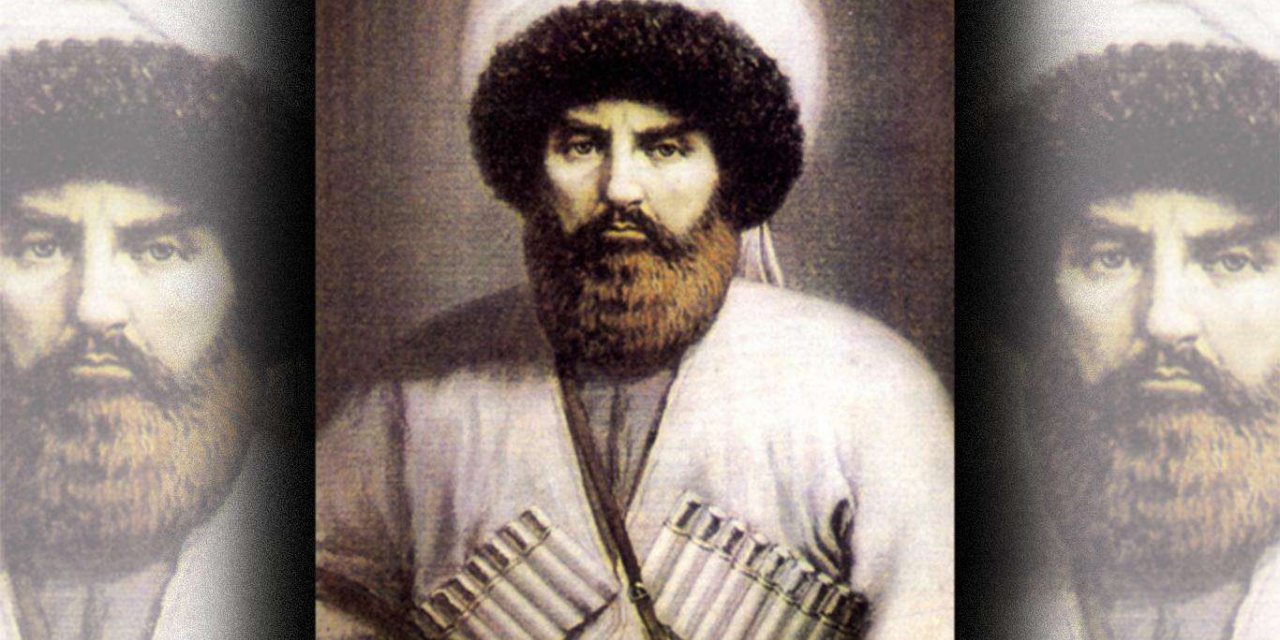 Today marks the 150th anniversary of the passing of Sheikh Shamil

Sheikh Shamil, who is also known as the “Caucasian Eagle” owing to his fight against the Russian Empire, passed away in Madina on the 4th of February in 1871 at the age of 74 and was buried in the cemetery of Baqi.

Sheikh Shamil was the political, military, and spiritual leader of Caucasian resistance to Imperial Russia in the 1800s, the third Imam of the Caucasian Imamate (1840–1859), and a Shaykh of the Naqshbandi Sufi Tariqa.

Sheikh Shamil was born in 1797, to an Avar Muslim family of Kumyk descent in the small village (aul) of Gimry, which is in present-day Dagestan, Russia. He was originally named Ali, but following local tradition, his name was changed when he became ill. His father, Dengau, was a landlord, and this position allowed Shamil and his close friend Ghazi Mollah to study many subjects including Arabic and logic.

Shamil was born at a time when the Russian Empire was expanding into the territories of the Ottoman Empire and Persia (see Russo-Persian War (1804-1813) and Russo-Turkish War (1806–1812)). Many Caucasian nations united in resistance to Russian imperial aspirations in what became known as the Caucasian War. Some of the earlier leaders of Caucasian resistance were Sheikh Mansur and Ghazi Mollah. Shamil was actually childhood friends with the Mollah and would become his disciple and counsellor.

Shamil led the fight to liberate Muslims from Imperial Russia

In 1832, Ghazi Mollah died at the battle of Gimry, and Shamil was one of only two Murids to escape, but he sustained severe wounds. During this fight, he was stabbed with a bayonet. After jumping from an elevated stoop “clean over the heads of the very line of soldiers about to fire on him. Landing behind them, whirling his sword in his left hand he cut down three of them but was bayoneted by the fourth, the steel plunging deep in his chest. He seized the bayonet, pulled it out of his own flesh, cut down the man, and with another superhuman leap, cleared the wall and vanished in the darkness”.

He went into hiding and both Russia and Murids assumed him dead. Once recovered, he emerged from hiding and rejoined the Murids, led by the second Imam, Gamzat-bek. He would wage unremitting warfare on the Russians for the next quarter century and become one of the legendary guerrilla commanders of the century. When Gamzat-bek was murdered by Hadji Murad in 1834, Shamil took his place as the prime leader of the Caucasian resistance and the third Imam of the Caucasian Imamate.

In 1839 (June–August), Shamil and his followers, numbering about 4000 men, women and children, found themselves under siege in their mountain stronghold of Akhoulgo, nestled in the bend of the Andi Koysu, about ten miles east of Gimry. Under the command of General Pavel Grabbe, the Russian army trekked through lands devoid of supplies because of Shamil's scorched-earth strategy. The geography of the stronghold protected it from three sides, adding to the difficulty of conducting the siege. Eventually, the two sides agreed to negotiate. Complying with Grabbe's demands, Shamil gave his son, Jamaldin in a sign of good faith, as a hostage. Shamil rejected Grabbe's proposal that Shamil commands his forces to surrender and for him to accept exile from the region. The Russian army attacked the stronghold, after 2 days of fighting, the Russian troops had secured it. Shamil escaped the siege during the first night of the attack. Shamil's forces had been broken and many Dagestani and Chechen chieftains proclaimed loyalty to the Tsar. Shamil fled Dagestan for Chechnya. There he made quick work of extending his influence over the clans.

Shamil was effective at uniting the many, quarrelsome Caucasian tribes to fight against the Russians, by the force of his charisma, piety, and fairness in applying Sharia law. One Russian source commented on him as “a man of great tact and a subtle politician.” He believed the Russian introduction of alcohol in the area corrupted traditional values. Against the large regular Russian military, Shamil made effective use of irregular and guerrilla tactics. In 1845 an 8-10,000 strong column under the command of Count Michael Vorontsov followed the Imamate's forces into the forests of Chechnya. The Imamate's forces surround the Russian column, destroying it.

His fortunes as a military leader rose after he was joined by Hadji Murad, who defected from the Russians in 1841 and tripled by his fighting the area under Shamil's control within a short time. Hadji Murad, who was to become the subject of a famous novella by Leo Tolstoy (1904), turned against Shamil a decade later, apparently disappointed by his failure to be anointed Shamil's successor as imam. Shamil's elder son was given that nomination, and in a secret council, Shamil had his lieutenant accused of treason and sentenced to death, on which Hadji Murad, on learning of the judgment, redefected to the Russians. Though Shamil hoped that Britain, France, or the Ottoman Empire would come to his aid to drive Russia from the Caucasus, these plans never came to fruition. After the Crimean War, Russia redoubled its efforts against the Imamate. Now successful, Russian forces severely reduced the Imamate's territory, and by September 1859 Shamil surrendered. Though the main theater closed, conflict in the eastern Caucasus would continue for several more years.

After his capture, Shamil was sent to Saint Petersburg to meet Tsar Alexander II. Afterwards, he was exiled to Kaluga, then a small town near Moscow. After several years in Kaluga, he complained to the authorities about the climate and in December, 1868 Shamil received permission to move to Kiev, a commercial center of the Empire's southwest. In Kiev he was afforded a mansion in Aleksandrovskaya Street. The Imperial authorities ordered the Kiev superintendent to keep Shamil under “strict but not overly burdensome surveillance” and allotted the city a significant sum for the needs of the exile.

In 1869 he was given permission to perform the Hajj to the holy city of Mecca. He traveled first from Kiev to Odessa and then sailed to Istanbul, where he was greeted by Ottoman Sultan Abdulaziz. He became a guest at the Imperial Topkapı Palace for a short while and left Istanbul on a ship reserved for him by the Sultan. In Mecca, during the pilgrimage, he met and conversed with Abdelkader El Djezairi. After completing his pilgrimage to Mecca, he died in Medina in 1871 while visiting the city, and was buried in the Jannatul Baqi, a historical graveyard in Medina where many prominent personalities from Islamic history are interred. 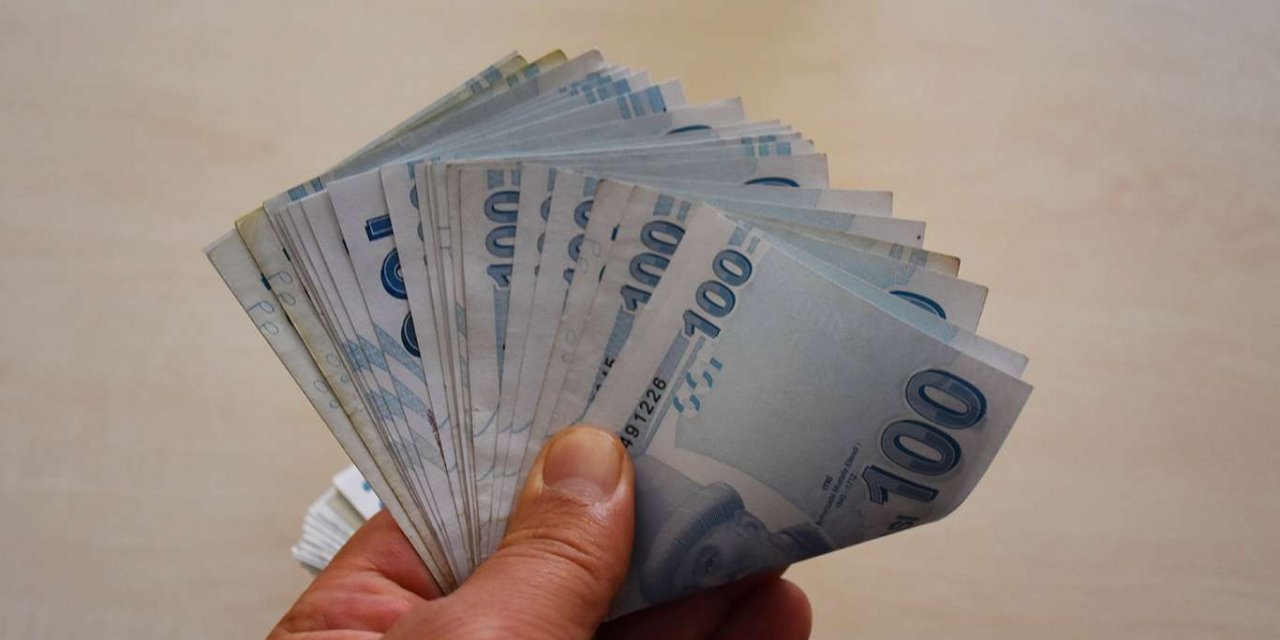 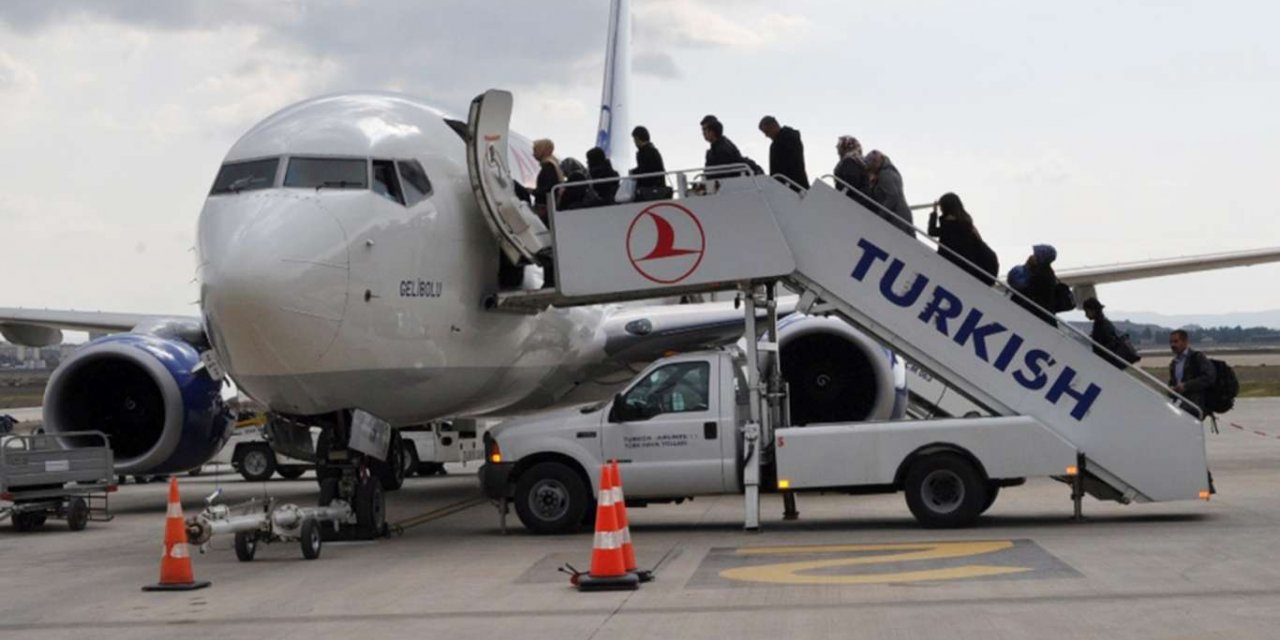